Trending
You are at:Home»Water & Food»9 Best Canned Food Choices to Always Keep in the Pantry
By Grid Down on March 1, 2019 Water & Food

From the backyard bomb shelters of the 40s to modern-day preppers of living life off the grid, canned foods have always been the go-to option when it comes to storing food once the lights go out. Now, I’m not going to argue that canned food is the healthiest option. But in an emergency situation where cooking a meal is not an option, these tin cans provide fuel for your body. So, let’s begin with the Best Canned Food options you should always keep in your pantry!

Right now, you might be thinking about some weird canned food you were forced to eat as a kid.

In this article, we’re not comparing specific canned foods or brands for that matter. Nor will we answer what kind of value canned green beans nutrition has. Instead, we’re discussing the best canned food choices from a staple stocking standpoint. To kick this list off, we’ll start with the most iconic canned food item, canned beans… 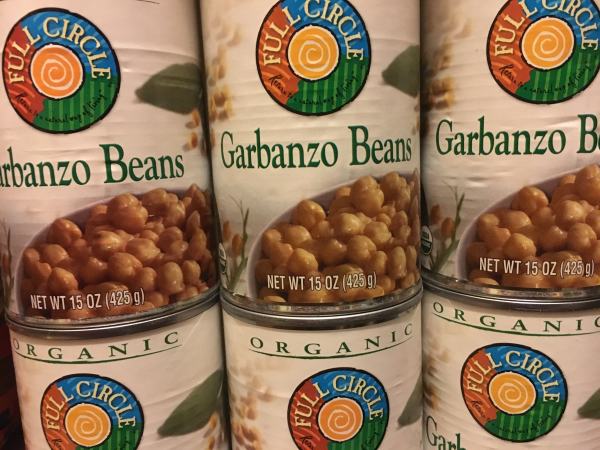 Few people know this, but canned beans are among the world’s first convenience foods, sold by Heinz in London in 1901. Canned beans were also the go-to choice for the US armed forces during World War II. They were known as C-rations. During that time, the UK food Ministry named it essential for food rationing during the war. That’s because of the long shelf life of canned beans, which allows it to retain its freshness for a considerably long time. Canned beans are a great side dish or can be the main course if you are out camping in the wilderness or hiding out in a bunker. 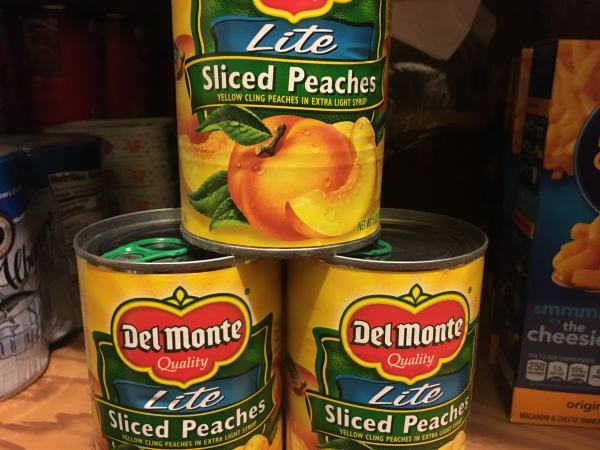 Another military favorite canned food offering is canned fruit (specifically canned peaches). Apparently, the sweet, fruity taste contrasted well to the high-sodium canned foods also served, with a flexibility bonus as the troops could eat them for breakfast, lunch, dinner, and/or dessert.

Having canned fruit in stock can also be beneficial from a fermenting standpoint. Have you ever heard of Friendship Fruit or Brandied Fruit? It’s a fermenting method that originated from preserving fruits that would otherwise be lost for the winter. Canned fruit works perfectly for this creation. Here’s a Friendship Fruit recipe from Allrecipes.com. And if you want to learn more about fermenting click here. 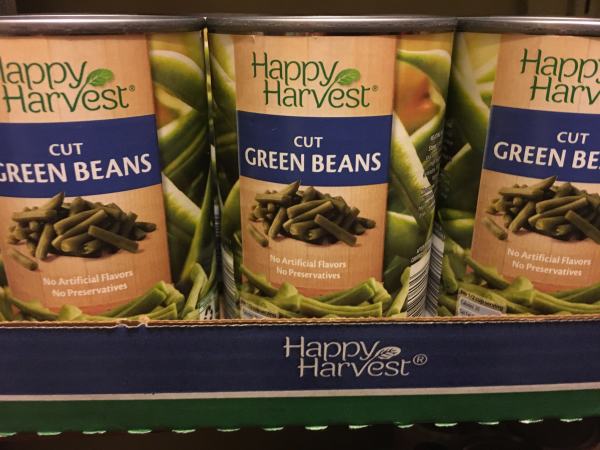 ‘You’ve gotta eat your veggies.’ I’m not sure how much you heard this growing up. But for me, it was every night. Now, as an adult, I understand… and agree that vegetables should be the biggest portion of my plate. 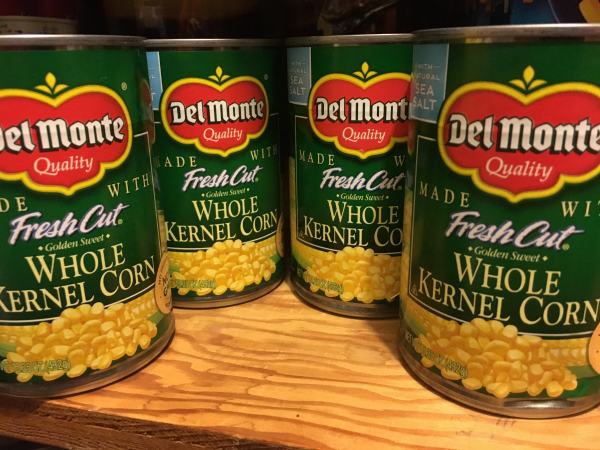 Corn has got to be one of the best foods that you can stockpile. It can be used in a variety of recipes:

Corn is very versatile and therefore should be on your shortlist of canned foods to buy. 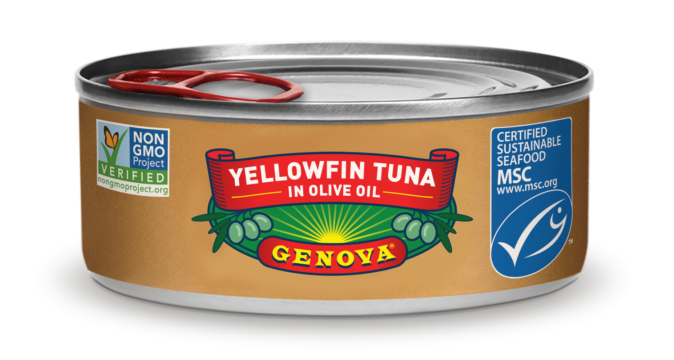 Tuna is widely accepted as an excellent source of protein and fatty acids. It is also especially high in nutrients that the body needs.

Canned tuna can also be used in a variety of ways:

One pro tip to keep in mind when buying canned tuna is to always go with tuna that’s been canned in oil and not water since oil is able to preserve the tuna for a longer period. Also, the Keto Diet fad is proving fat is good for you.

Regardless of whether you can raise your own chickens in your backyard, you should consider storing whole canned chicken, breast, and diced chicken. The chicken is pre-cooked and packed in water.

This means your chicken is going to be easy to eat right out the box in times of emergencies.

Did you know that according to Mealtime.org canned chicken is comparable to its fresh-cooked counterparts in nutritional value? 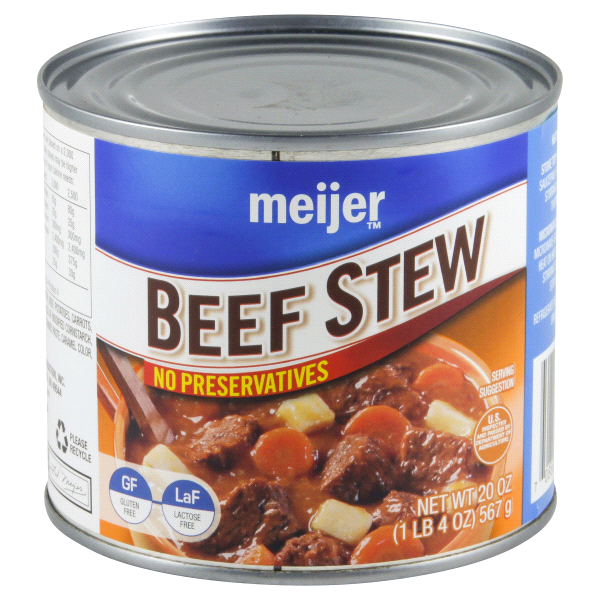 Since we’re talking about meats, it’s hard to leave out canned beef stew. Stocking up on beef stew is a great option since it not only has a decent taste, but it has a 3 to 5-year shelf life. Also, there are many canned beef options available in the market. Therefore, you get to choose your favorite or try different flavors instead of eating the same canned beef every day. 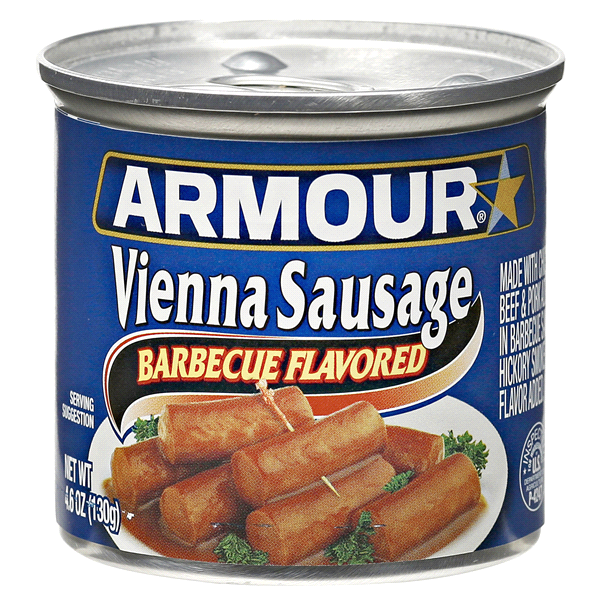 I wasn’t quite sure if Vienna sausages belonged in the meat section, or not…

Or even on this list for that matter. Yet, here we are.

Overall, the Vienna sausage still deserves a place here. Even if at the very bottom. You have some people, like Jeremy, who have proclaimed their love for this mystery meat. And you can find others, like John Thorne, who try to rationalize eating Vienna sausage as a life philosophy known as “Eating Bitter.” Regardless, I had to allow them on the list, if for no other reason then Armours Disaster Preparedness PDF available for download on their site.

Soups have always been the favorite go-to canned food for picnics and other outings. That’s because these soups are convenient while tasting good at the same time. Besides, soup is a hearty and warming meal that’s filled with easy to digest calories. Soups are a great option to stockpile if the power goes out in the winter months.

Well, there you have it. Our list of the 9 Best Canned Food Choices to keep in the pantry. I hope this list provided some value on which canned foods to buy. If you’d like a more detailed list, shoot us an email and let us know what you’re looking for specifically.