Trending
You are at:Home»Featured»What Urban EDC Essentials Should You Carry?
By Grid Down on March 2, 2019 Featured, Gear

Many people are under the belief that everyday carry (EDC) enthusiasts are those who spend most of their time in the wilderness, which is the reason why they need tools, gadgets, and gizmos that come in handy when needed. This could not be farther from the truth. The stuff that we carry in our pockets and bag packs when we leave home every day are all part of our urban EDC essentials. Normally, these are the things we can’t do without. But, just because you’re not traversing the wilderness and are unlikely to bump into Yogi bear doesn’t mean you should be prepared.

Packing urban EDC gear means you are preparing for urban survival situations, which is something that we should never take lightly. Keeping that in mind, the following are some of the urban EDC essentials that you are going to need to create the ultimate urban everyday carry kit. 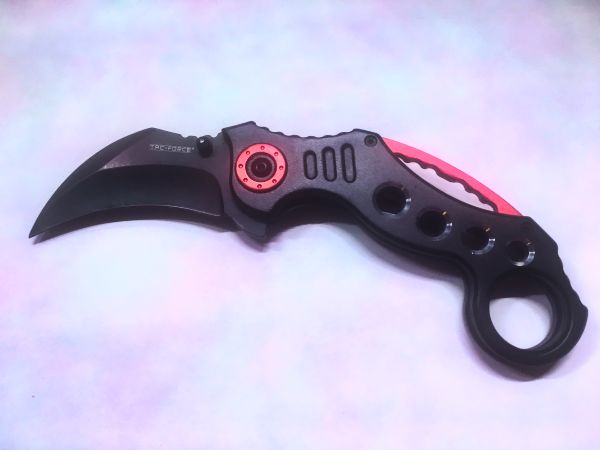 This should be your first priority, even within city limits. Unlike in the wilderness where there’s going to be wild animals, in the city, your primary concern is going to be other people. This is reason enough to never leave your home without carrying some sort of protection. While the market is full of both legal and illegal self-defense weapons that you can carry in your urban EDC kit, you might want to play it safe by not getting in trouble with the law.

A Box Cutter as Your EDC Knife

Rather than reaching for a heeter, a saver (and lighter) option will be the box cutter. The best part about having a box cutter with you is that any box cutter will do as long as its sharp to do some damage to your attacker or attackers. Unlike a dad’s old switchblade, a box cutter is also legal. You never know when you’ll need to open that package you receive from Amazon, right. Besides, box cutters come in handy in a number of outdoor situations, it’s also lightweight and compact, which is why it should definitely be one of the essentials of your urban EDC.

But, there might be some folks who are just not comfortable with carrying around a box cutter as part of their urban EDC. After all, a box cutter does cut like a knife. If you are not keen on having a “weapon” per se with you, then you can always go with a solid tactical pen.

Since most of us carry a pen and a notebook, why not swap the fancy Parker with a pen that can shatter glass in an instant or keep an attacker at bay.

Once you whip out the pen at times of potential danger, you will need to depend on your close quarter combat skills to protect you. But, the pen does give you an edge by making it possible to deliver a non-lethal blow to the guy in front of you.

We don’t usually think about illumination in an urban environment mainly because there are plenty of streetlights and light coming from homes and vehicle headlights. But there are times where you’ll find yourself in situations where there’s no access to proper lighting. This is why you need to carry a powerful and portable flashlight with you always because you never know when you are going to need it. More often than not, instances of muggings and attacks happen after dark, where a person is vulnerable in a low-light environment. 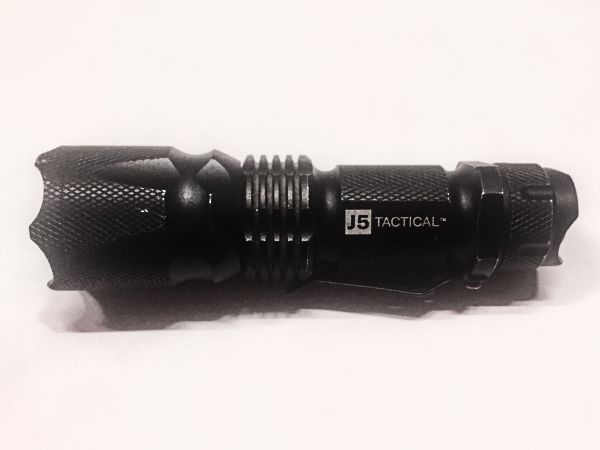 The flashlight you carry in your urban EDC should be small enough to be easily concealed and bright enough to illuminate your surroundings, especially if you find yourself walking through dark alleys or through other low-light environments. Apart from that, it can also be used to blind someone or can double as a blunt weapon if needed. But, you’ll need to get one that’s sturdy and well-built. Remember, being prepared always, is the mantra of the urban EDC enthusiast.

Proper hydration is essential even if you are in an urban environment. An adult can survive for days without food (Gandhi fasted for 21 days), but only a few days without water. That’s because at nearly 60% of the human body is made up of water and needs it to keep functioning. The longest time a man has survived without water was recorded by Andreas Mihavecz, an 18-year-old Austrian, who was left locked up in a holding cell for 18 days by the police (accidentally, of course!). This story is obviously one of the exceptions and should not be taken as a watermark of how many days you can stay dehydrated.

To stay safe, carry a water bottle with you, especially if you’re putting together an urban EDC kit during summer. When choosing a water bottle, make sure it is constructed well, preferably with double-layered stainless steel that will keep the water insulated. Also, make sure the bottle comes with a sturdy loop cap that you can clip to your backpack. When it comes to the ideal size, a normal 32 oz. water bottle should do the trick. Just be sure to refill it whenever you get the chance.

Choosing to get an M48 Kommando pocket rescue tool or a Swiss Army knife are both lightweight and compact, which makes them easy to store in your urban EDC. They also come with a standard set of tools ranging from screwdrivers, knife blades, and wrenches that can come in very useful while you are outdoors. Some compact rescue tool kits also come with Morse Code and paracord. A multi-tool is a go-to option for an urban EDC enthusiast since it can be used in many different situations.

It’s important to remember that you’re not putting together an urban EDC kit for fun and games, because when SHTF, the practical items you choose as part of your urban EDC could save your life.